Taylor Slevin » You Can Sleep When You're Dead: Blog by Colleen Miniuk 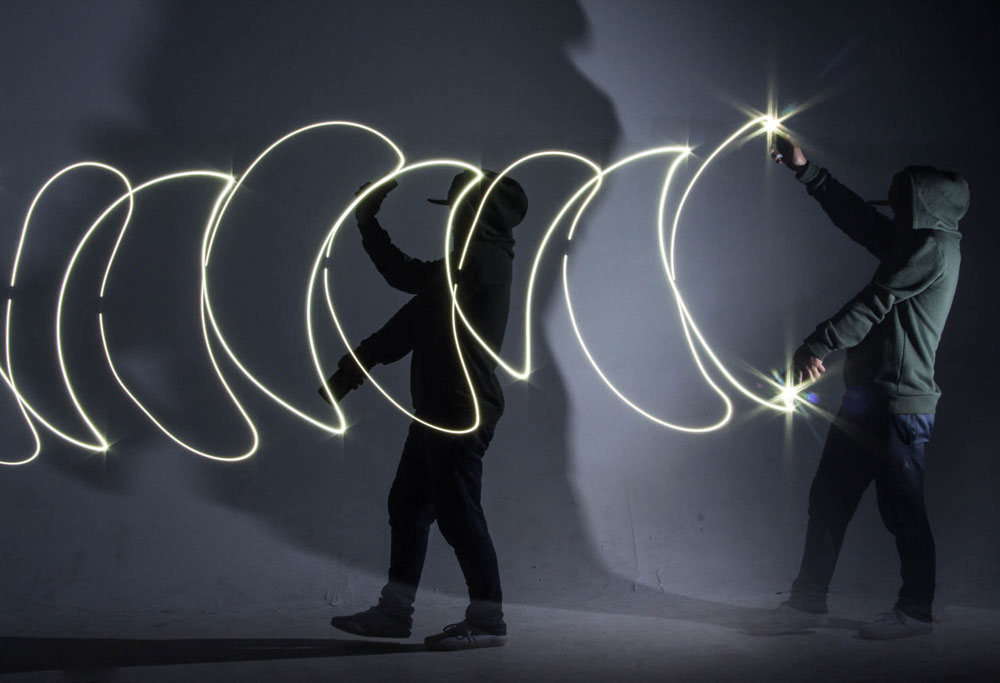 It’s interesting taking a photo that you are proud of; it’s a feeling of success that I believe you can never quite replicate in anything else. An extreme feeling of euphoria comes along with capturing a small moment in time that can never be captured in exactly the same settings as you have at the moment you choose to close the shutter. This feeling was ultimately what I set out to achieve this semester when I started my photography class. I wanted to feel that euphoric happiness and to start to produce images that I was proud enough to show to others, as I had never truly done that before.

If you had asked me at the beginning of the semester which project seemed least exciting, I might have told you the “Shutter Drag with Flash” project sounded like it would be exactly that; a drag. Cause what in the heck is shutter drag? And my gosh those flashes are real pains to try and work you know? Or so I thought. I’ll tell you right now though; I was one hundred and ten percent wrong. This photo became my first “successful” photo in my eyes. This project gave me my first image that I am proud enough to show the world with a big smile on my face.

I played around with light painting my first semester in photography at NAU so it was not completely unfamiliar but after learning just how much more I could do with it from Professor Horn I knew I had to take it one step further. After doing the tutorials of stopping motion with flash in class I knew that in order to make my life easier I was going to need two people to help with this project. One would be my “flasher” or the person hitting the pilot light on my flash and the other lucky soul would get to play model for me. With all the lights and shadows that play a part in light painting, I knew I wanted to use the shadows to dramatize my shot. I thought I had a general idea of what I wanted to do for this project and, after finding my two helpers, I was very excited to get started.

I chose a studio setting because I needed a controlled environment since I am by no means a pro at light painting. I had shot a few times in the studio before and found that I really love having so many lights at my disposal and the rolling, clean (sort-of) backgrounds. I also thought that I might need some of these lights to help me capture the shadow play even though I captured this in complete darkness.

My initial idea was to have my model skateboard across the room holding a flashlight and my flasher friend to stop him once or twice as he went. But, as you can see there is no skateboard in my photo. Why? The idea was a complete disaster. The board would not show up, my model was blurry every time, and my shutter was too slow for the amount of time it took him to skate across the frame.

With some adjustments I ended up at an 8 second shutter speed with my ISO set to 100 and my f-stop set to 22. My lens was pretty zoomed out, I found that 35 mm gave me a wide enough shot to get a few catches of my friend as he went across and still not catch the extra lights and distractions on the side of the frame. Getting rid of the skateboard gave my “flasher” friend more times to be able to catch my model in the frame. Adding a second flashlight gave some dimension to my photo and added a little more excitement. It was finally working out!

So, with these things in mind, we played around with doing different patterns with the lights and getting the timing down just right. At the end of the night, I had 9 images that I was utterly in love with and extremely proud of. This image is my favorite of the nine because of the shadow play and the clarity my model appeared with not once, but twice. The image you see above was very fun to create and this remains my favorite assignment to this day.

My name is Taylor Slevin. I am a biology major at NAU earning a minor in photography, chemistry, and environmental studies. I have only just begun to dip into the pool of photography and learn where it can take me but I try to stay open to all techniques and processes. This semester I have been working mostly to improve my portraiture. I tend to go for dramatic lighting in my shots, something I have learned this semester that has helped me further myself. Ultimately, my goal in photography is my own happiness and becoming proud of my own work.

To read more about the Northern Arizona University “Behind the Image: Guest Blogger” project on our blog, please read the introduction at youcansleepwhenyouredead.com/wordpress/4th-annual-northern-arizona-university-behind-the-image-guest-blogger-project.  Please take a minute to leave your thoughts and constructive comments in the Comment section below – Taylor would love to hear from you!