Swedish House Mafia » You Can Sleep When You're Dead: Blog by Colleen Miniuk 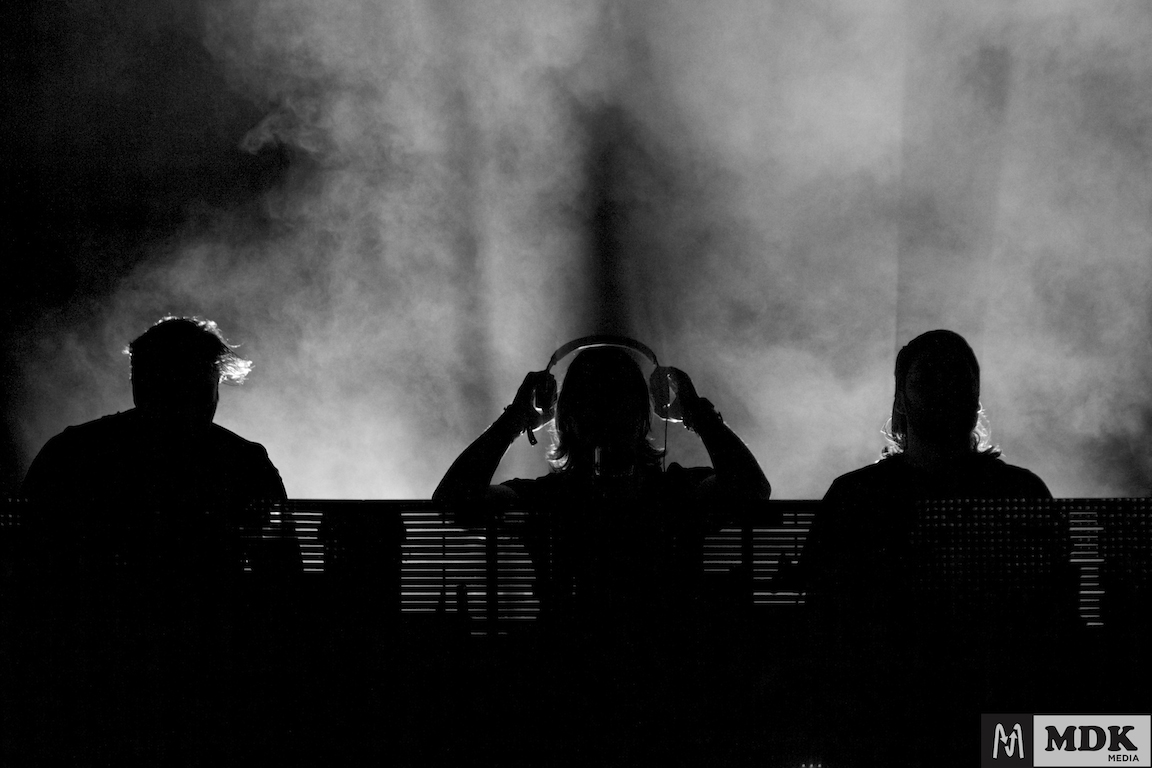 This is my photo of Swedish House Mafia at Ultra Music Festival in Miami. About 3 or 4 years ago when I started concert photography, this group began to raise my interests in dance music. Due to my lack of prior dance music experience, and their euphoric tracks, they instantly became my favorite DJs. In the beginning when I was shooting smaller shows to make a name for myself, although I often dreamt about shooting a group like Swedish House Mafia. Artists like this are often known for their amazing production value for live shows that just make photos look spectacular. About 6 months ago Swedish House Mafia announced that they were breaking up as a group, and that Ultra in Miami would be their last show ever. When I found out I would be shooting this festival in Miami, aside from being overjoyed, I was excited to send them off in the very best possible way I could, by getting incredible photos.

One thing about Swedish House Mafia that is different than most DJs is that they consist of 3 separate DJ’s. Going into this show I knew that the photo I wanted was the silhouette of the three of them on their podium with the white smoke in the background. (An iconic symbol of Swedish House Mafia’s 3 year monopoly on dance music) For this photo, I underexposed the image a couple stops to ensure the silhouette feature because there is so little light between me and the DJs that it looks blown-out if I would have exposed for the faces. I used a Canon 7d with a 70-200,f/2.8 lens and this photo was shot at f/4, 1/1250th and 800 ISO at 180mm. I stood in the pit area for this photo since we were allowed to be there for the first 15 minutes of each set and when I saw the lights in front dim, and the smoke and white light behind them, I knew my opportunity was flashing before my eyes.(Literally, these light shows are crazy). I was excited I got the shot, but then when I went back to look at it, I realized I captured so much more. The guy in the middle is taking his headphones off which adds some extra shape, and the guy on our left is “swooshing” his hair which adds some more shape and together make the composition a little more interesting. This photo is so special to me because it has so much meaning. The fact that I shot Swedish House Mafia’s last show is, for me, a testament to hard work because 3 years ago I was looking up to groups like this thinking, “One day…”. I worked hard to become the photographer that I am now and had to put up with a lot in order to get to this point. By no means am I trying to pronounce myself an accomplished photographer yet, but it has given me tremendous confidence to be able to accomplish something that just years ago, seemed next to impossible. I think this is the ideal image to represent Swedish House Mafia’s reign on dance music and the fact that this is one of the last images ever captured of the super group is somewhat eerie. To me, an image like this in 20 years will represent a generation the same way one of the last photos ever taken of The Beatles does now only maybe not to the same degree.

About the Photographer:
My name is Keenan Turner and I am a photographer originally from Vancouver, Canada and was raised in Scottsdale, Arizona. I am interested in many genres of photography but I think fell in love with concert photography at a young age because I immediately saw an opportunity to go to concerts for free. I now shoot for a dance music website, Techibeats.com, and Arizona’s largest dance promoter, Relentless Beats. I have shot large artists in every genre from Slightly Stoopid to Tyga to Swedish House Mafia, Avicii, Tiesto, and many, many more. About 4 years ago I started my photography company, MDK Media and have shot many concerts, portraits, parties, for a wide variety of clientele. I draw my inspiration from many photographers and images throughout the internet and strive to create images with such tremendous energy that they almost just leap off the page.