Katie Sawyer » You Can Sleep When You're Dead: Blog by Colleen Miniuk 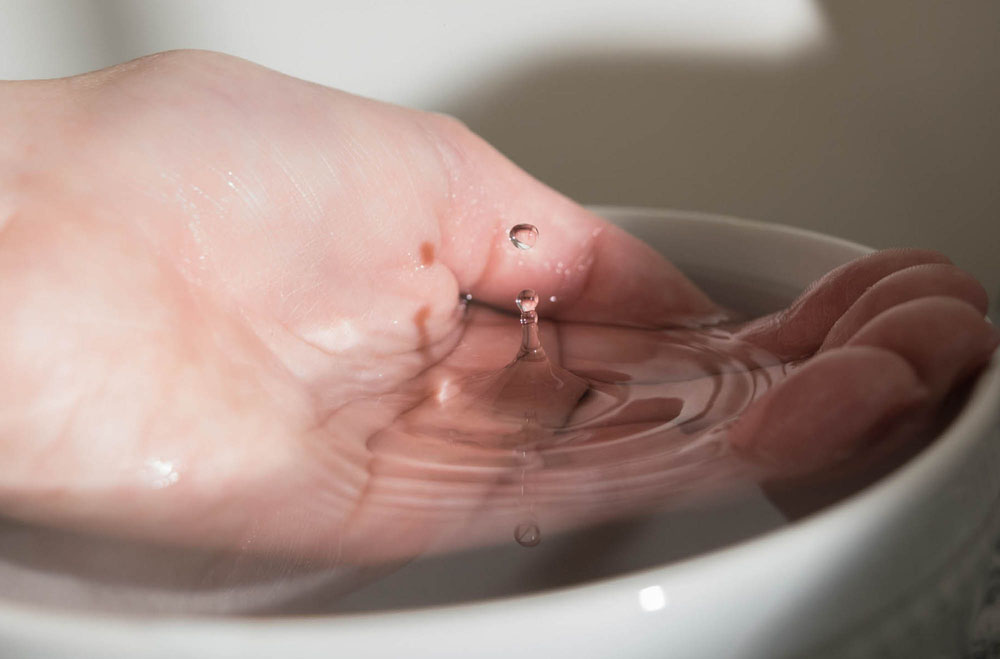 I’m the kind of person who grabs a hold of an idea and can’t sit still until it’s done, and done right. So when this concept first appeared in my mind, I knew it would have to become a reality.

The assignment was to photograph some form of moving water, and I wanted to do something different than what everyone always does. For me, I’m always most attracted to images that tell a story. They should have depth and character, and be engaging enough to catch someone’s eye. Images that don’t have that appeal can look flat. I felt like adding a human aspect to the water for this photo would tell a story, and make the viewer feel more engaged. I had thought through my concept, but the actual shoot would be more of a challenge than I thought.

The first problem I faced was the set up, how do I get the bag to drip at the right time? How do I even hang the bag in the first place? After a little ingenuity I came up with a simple rig using my chair perched albeit precariously on top of my desk, with my roommate’s borrowed bowl underneath. It seemed like an infallible plan until it came crashing down about an hour later- literally. The bag somehow managed to slip out of the rig and into the bowl full of water below, and my Nikon D3300 just happened to be in the splash zone. Some tears, a couple of very wet textbooks (sorry professor), and several towels later, I was still as determined as ever to get the shot. I reset my rig-with a backup system this time- and set my camera to 1/200th of a second, the highest it will allow while using flash. I learned that the hard way as well. Don’t go over 1/200th of a second unless you like half pitch-black photos. To let as much light in as possible in the low light conditions, I set the camera at ISO 800, and f-stop 5.6 as well. I also wanted a slightly tighter focus, so I set the camera to 34mm. In the end, I filled my memory card twice, but I got the lucky shot. I brought it into post processing to fine-tune it a little, and even out the tones of the image.

My name is Katie Sawyer, and I’m a photography student at Northern Arizona University. I mostly work on school related projects, and I love trying out new ideas and techniques I haven’t used before. I prefer natural shots, architecture and macro photography. I’m not a big fan of portraiture, because I honestly find it a bit boring. I like to work alone, and I think a common challenge people face when taking portraits is feeling awkward, which I can definitely relate to. Directing another human around can be kind of uncomfortable. As for my favorite process, I like post editing a lot. I have a background in Photoshop and Illustrator, which have definitely helped me to get good results.

To read more about the Northern Arizona University “Behind the Image: Guest Blogger” project on our blog, please read the introduction at youcansleepwhenyouredead.com/wordpress/4th-annual-northern-arizona-university-behind-the-image-guest-blogger-project.  Please take a minute to leave your thoughts and constructive comments in the Comment section below – Katie would love to hear from you!