Karen Renner » You Can Sleep When You're Dead: Blog by Colleen Miniuk 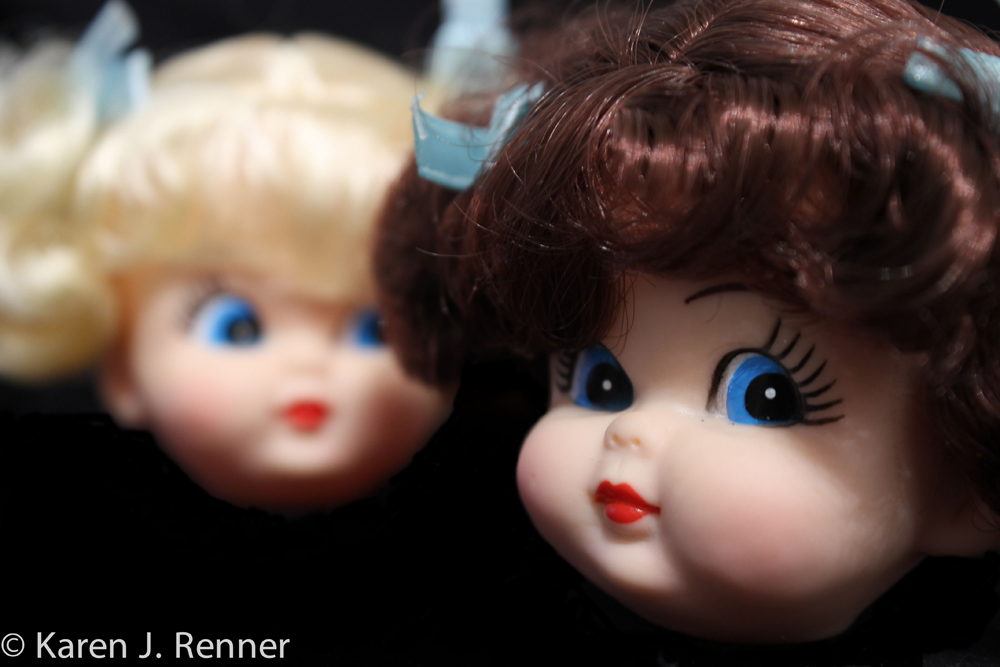 So I turned to images. I began taking photography classes at NAU to become a better landscape photographer. After all, one of the reasons I moved to Flagstaff was its proximity to some of the most spectacular national parks in the country. After visiting just a few, I realized I wanted to do more than simply snap some shots to document my travels and earn the envy of my friends on Facebook. I wanted to capture the spirit of the land, the peace it brought my mind and soul, the humility I felt when facing its grand vistas.

Yeah, that didn’t work out so well.

Turns out I have little talent for landscape photography. My photographs aren’t necessarily bad just boring.

Facing a final project in my introduction to photography class, I panicked. I was supposed to submit four images based on a central theme of my choice, and I had not one iota of inspiration. Stumped, I did what I always do to procrastinate: I watched a horror movie. In the middle of the film, I became particularly disturbed by a moment when the ghost of a woman’s dead husband suddenly appears behind her. The scene is shot with such a shallow depth of field that all you can see is a blur of colors roughly resembling a screaming face. I paused the film and stared at the screen, trying to figure out why the composition of the scene was so disconcerting.  That’s when I discovered my true passion: horror photography.

Well, not “horror” photography exactly: I have no interest in gore. But I am obsessed with what scares us.  Terror, the uncanny, the gothic. These are subjects I teach, know, and love. Photography just provides me another way of approaching these concepts.

My final project consisted of four photographs of creepy dolls. Here is one of them.

The photograph was taken with a Canon EOS Rebel T3, with an 18-55 mm lens. I positioned the dolls’ heads on a piece of black velvet and used the overhead light in my living room and the following settings on my camera: ISO 400, an f-stop of 5.6, and a shutter speed of five seconds. The only post processing I did was to blacken out the foreground—a lot of dust and debris showed up in the original image—and cover up a bald spot in the doll’s hair.

It turns out that photography is not so very different from writing in one very important way: you discover what you are doing in the process of actually doing it. Sure, you can plan ahead, gather materials, visualize the image you want to produce. Ditto with writing: you collect sources, read and research, scribble down a proposed argument, write an outline. But it’s not until you are knee-deep in the process that you stumble upon the really good stuff.

I guess this means that art takes a lot of good luck. Perhaps that seems disheartening because it suggests we have little control over it. At the same time, I believe art is a serendipity that we invite simply by showing up, either with a pen or with a camera. Had I not allowed my passion for horror to become an academic interest (an act that still shocks the Shakespeareans), had I not enrolled in a photography class, had I not spent several hours figuring out how to photograph these doll heads—had I not, in other words, shown up—this photograph would not exist, and I can say that my life, at least, is the better for it.

So show up. As often as you can.

About the Photographer:
Karen J. Renner teaches American literature and popular culture at Northern Arizona University She likes taking pictures of creepy toys as long as they promise not to run around at night and writing about the ways stories shape our perceptions, preferably scary stories. (Her last two essays examined constructions of masculinity in ghost-hunting reality television shows and portrayals of parenthood in antichrist-as-child films.)  Her website www.allotherprioritiesrescinded.wordpress.com is currently under construction, but she’d love you to take a look anyway and maybe leave a comment or send her a message.