fun with tourists » You Can Sleep When You're Dead: Blog by Colleen Miniuk 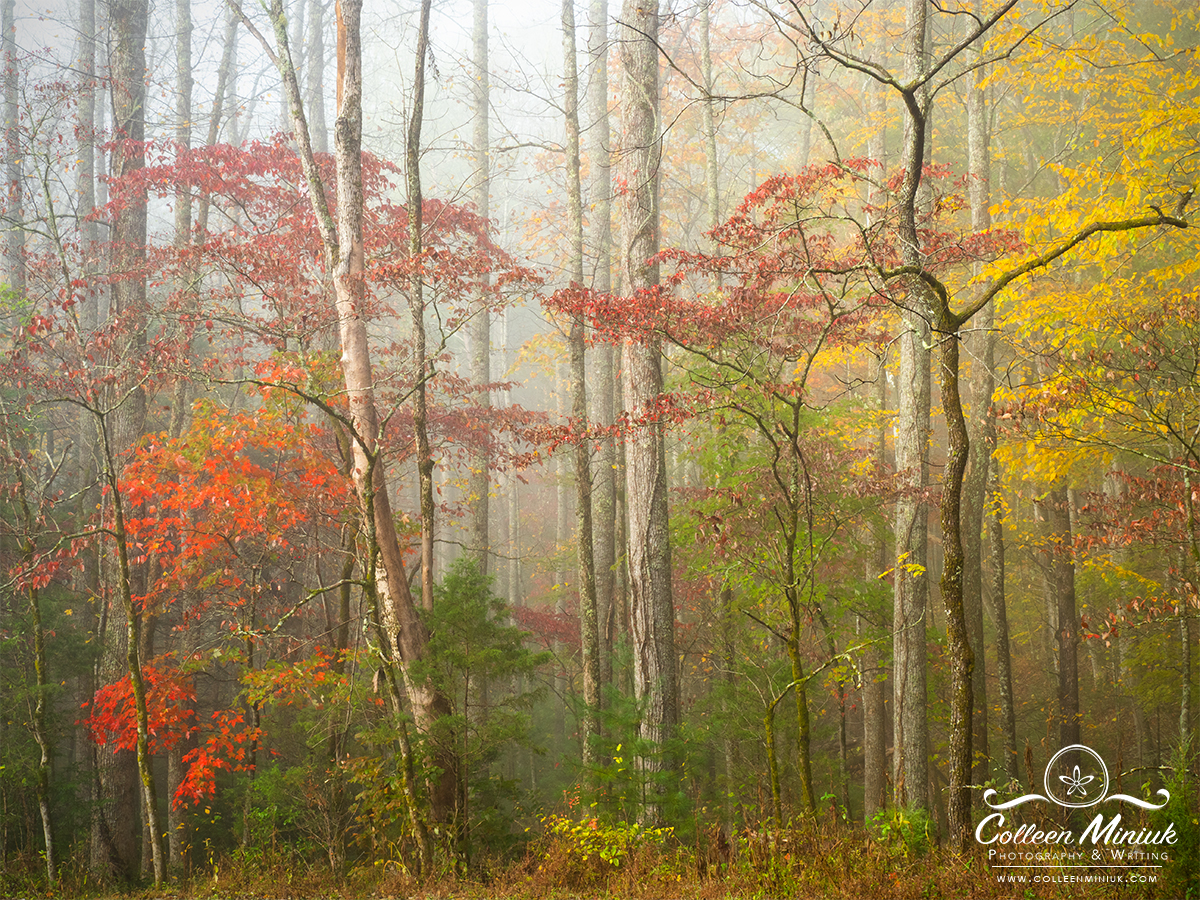 “Meet Me in the Middle” from Cades Cove, Great Smoky Mountains, TN || Prints available! Click on photo to order yours!

While my buddy, Tim Mead, and I photographed in Cades Cove on a recent visit to the Great Smoky Mountains National Park, a number of visitors passing us by in cars stuck their heads out the window and asked us, “What are you photographing?”

When we answered with “the fall colors and fog,” “trees,” and “the woods,” their shoulders dropped in disappointment. “Oh. So no bears?”

After several rounds of this, we tired of letting people down. Tim suggested we come up with a new response. So we did.

When the next car asked us the standard question, we yelled in unison, “A wolverine!”

The gent leaned out of the window credulously. “A wolverine?”

Tim said while pointing at me, “Yes, a Michigan Wolverine!”

The guy rolled his eyes, shook his head, and laughed as he drove away. It was true! I graduated from the University of Michigan, which makes me a Michigan Wolverine. Go Blue!

I originally called this photograph “Meet Me in the Middle,” but maybe it’s more appropriate to title it, “Just Pretty Trees.” Or “Look! A Wolverine!”