Alcatraz Island » You Can Sleep When You're Dead: Blog by Colleen Miniuk 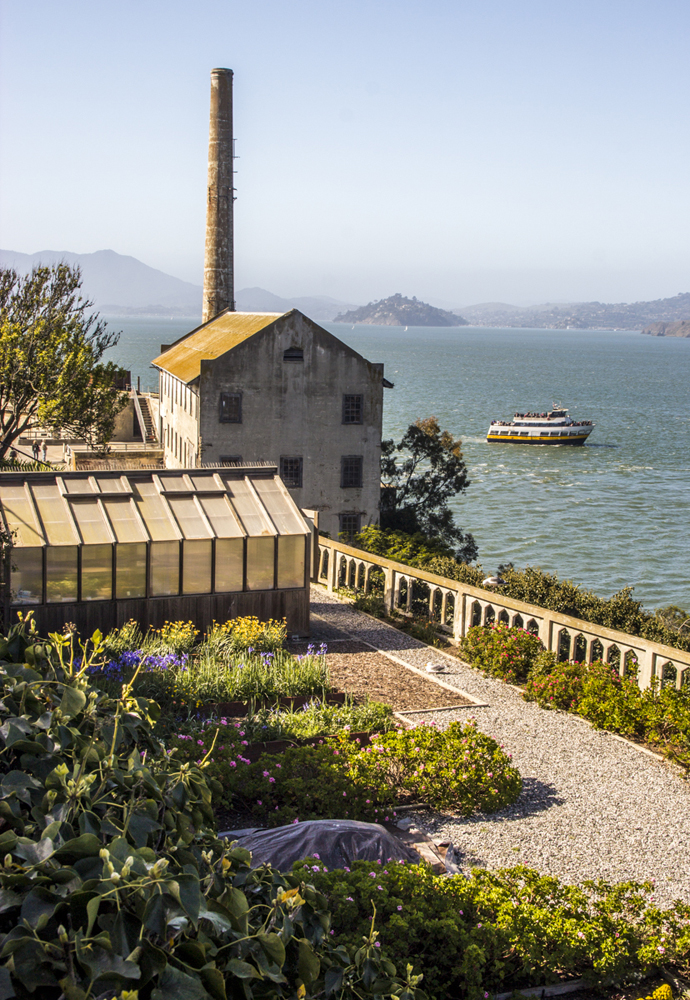 The inspiration for this image comes from the emotion behind the place where it was taken.  Alcatraz Island, “The Rock”, is known in history for being a prison that is escape proof, and was home to the most dangerous criminals in history.  As I walked around the island, I couldn’t help but feel an overwhelming sense of sadness with undertones of loneliness and isolation even though there were hundreds of people there.  Around the perimeter of the island were numerous photo opportunities, but as I came upon this scene where the above photo was taken I sensed something different and a sense of happiness and freedom began to take over me; with the green plants and a ferryboat representing a way of escape, yet still staying true to the history of the island with an old run down building as my main focus point.  This opposition of emotion all in one picture made it a very popular spot for other photographers there and gave me one of my favorite photos from the whole island tour.

I approached the spot of the image with my initial intent to take a horizontal picture, but no composition was quite right, and nothing captured the emotion that I felt as I stood there.  I began to walk away, but in my head I told myself that I had to stay and figure it out.  After a few moments I had the idea to flip my camera vertical and take a photo and the first one I captured was the image seen, and I loved it.

As I took the image into Lightroom, there weren’t many changes that I wanted to make.  I cropped the image to get rid of some clutter on the right side, I boosted the shadows and brought down the highlights in order to get the most contrast out of the image.  Lastly, I increased saturation to give the greenery some nice punch and that’s it.

About the Photographer:
My name is Chris Martin, I’ve been interested in filmmaking for quite sometime, but just recently started to get into photography, and I’m slowly learning all of the subtle differences between the two when it comes to framing and composition.  The type of photography that I enjoy most is landscape and astrophotography, although I’m still learning the latter.  Also, almost every single photo I take I touch up in some kind of way in Lightroom for minor stuff, or Photoshop for more intense photo editing.  To me post processing is an artistic choice that only you as the artist can produce and even if two photographers took very similar photos, they can look vastly different depending on the post work done.  This ties in with my main goal as a photographer and that is to be different and set myself apart from the crowd.