Behind the Image: NAU Guest Blogger – Tom Heger » You Can Sleep When You're Dead: Blog by Colleen Miniuk 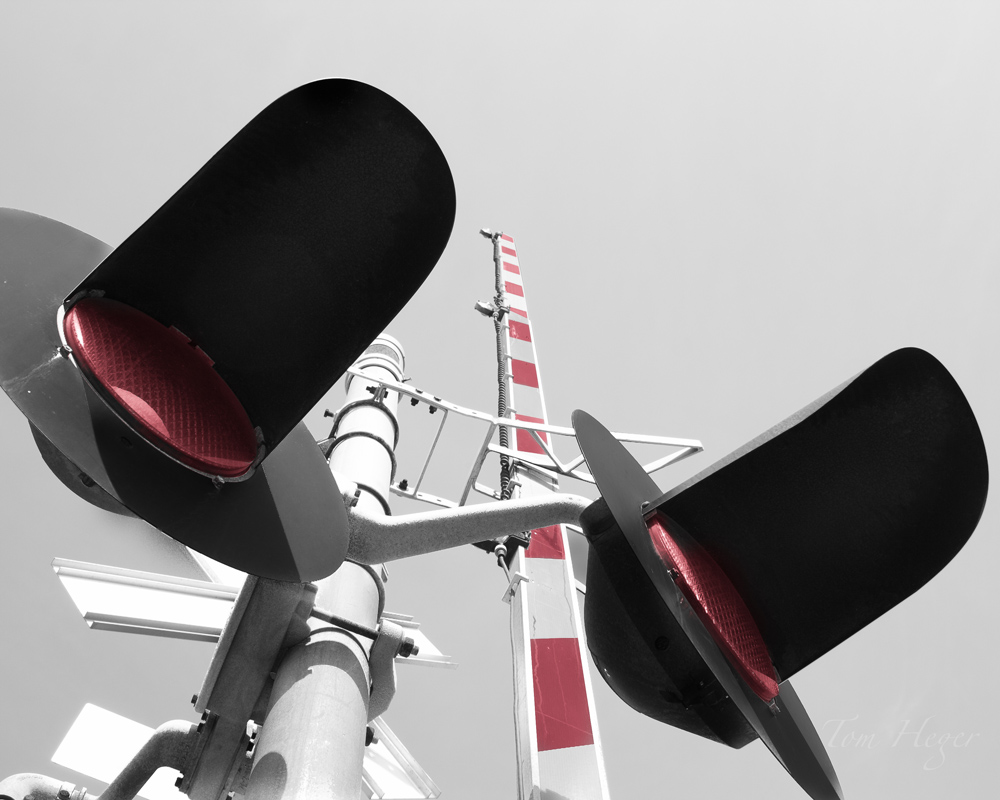 When you grow up in Southern California hanging out at the beach is one of those things that just become a part of life. California kids take the beach for granted I guess. I never realized this until I came to school in Flagstaff, Arizona. I have people all the time ask me “Why did you leave there to come here?” I just tell them I wanted a change in scenery for a little while but I’ll probably go back after I graduate. I’m not really a typical Southern California kid anyways. I’m a terrible surfer and I don’t ride dirt bikes. I prefer lake fishing, driving my pick up or hiking in the mountains. I’m a bit redneck I guess you could say.

When I have the chance, I do go back though. You wouldn’t know it by looking at it but this image was taken in Oceanside, California about a rocks throw from the ocean. Well, if I had an arm like Brett Favre maybe, but you catch my drift. Anyways, this last spring I went home for spring break to see my family and hang out with old friends. My buddies and I decided we were going to hang out at the beach for the day so I brought my camera along like I do when I go to a lot of places. I took all kinds of typical beach photos of palm trees, water, surfers and VW bugs. Yet as we walked back to the car at the end of the day I took this image by the train tracks.

For this image I used my Canon Rebel that I purchased about 4 years ago. It has been a great camera for me so far. It was a lot less expensive than some of the others and the quality is just as good. It’s pretty durable too. I’ve smacked it against rocks and even dropped it in a foot of snow before. Anyways, enough about how much I like my camera. Let me tell you how I took the image. I got down low on one knee because I wanted to get a different angle than what people are used to looking at. I like looking at things from different angles. Gives you a different perspective on life. I used my 18-55mm lens at 1/100th of a second with an f-stop of 10. I had my camera set for manual white balance but it was in postproduction that I gave it the look that I did. I turned it black and white just to see what it would look like and I liked it. Then I thought it would be neat to keep the red parts red so they would stand out. Using the brush tool in Lightroom I did just that and really liked the feel of it.

Most people that have seen the image think it’s by the tracks here in Flagstaff and are surprised to hear that I took it where I did.  Out of all the images I took that day I’m still not exactly sure why I chose this one. Maybe I chose it because it isn’t of the ocean or a typical beach scene but it still reminds me of a day at the beach with my friends.

About the Photographer:
My name is Tom Heger and I’m from Temecula, California. I lived there almost my whole life until I decided to go to college. I started going to Northern Arizona University about four years ago. Yeah I know I should’ve graduated already by I like to say I’m taking my victory lap and staying for an extra semester. I’m majoring in Business Management and minoring in Photography. My freshman year I decided to take a photography class just for fun. Turns out I wasn’t too bad at it and my professor suggested I minor in it. I needed a minor anyways so I figured I would choose something I enjoy doing. I really enjoy night photography but I’ve recently become interested in macro photography as well. I’m not sure if I want to pursue a career with photography so for now it’s just a hobby.

2 Responses to “Behind the Image: NAU Guest Blogger – Tom Heger”