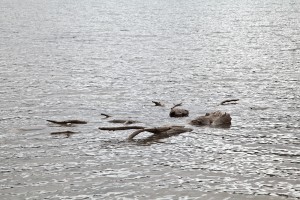 One Response to “Making the Image: “Skeletons of the Past””