Recently, I had a blast chatting about landscape photography, creativity, and more with photographer Matt Payne on his F-Stop Collaborate and Listen podcast. (Anyone else dancing to “Ice Ice Baby” by Vanilla Ice right now? Oh, 90s music was so awesome…)

To read the introduction to our conversation, visit www.mattpaynephotography.com/blog/2018/5/conversation-with-colleen-miniuk-sperry-on-f-stop-collaborate-and-listen.

To jump straight into the podcast, have a listen at:

I hope you gain some inspiration and new ideas for your photographic journey through our exchange!

Many thanks Matt for the opportunity to talk with you. Keep up the great work inspiring the landscape photography world through your podcasts. 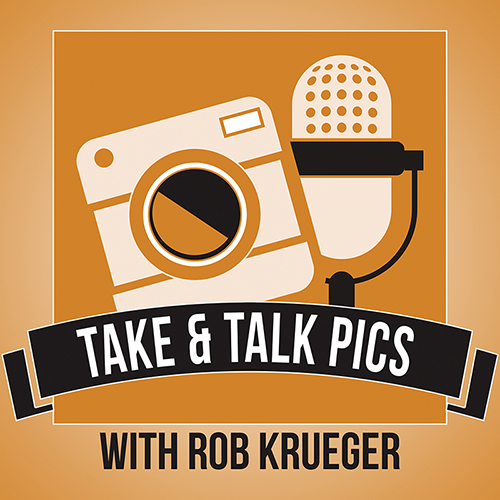 Back in January, I had the privilege of serving as a guest on the renowned Take & Talk Pics with Rob Kreuger.  If you missed the show and would like to listen in, find the links from my earlier blog post about it at youcansleepwhenyouredead.com/wordpress/go-4-it-colleens-take-talk-pics-podcast/.

After we completed my interview, I suggested to Rob that I would love to know his answers to the questions he posed to me so I could hear his excellent insights as a wedding and commercial photographer.  Who knew that would lead to my first experience as a podcast interviewer!?!

For episode #161 on April 6, 2016–the podcast’s first anniversary–I had distinct honor to turn the tables on Rob and interview HIM on his own show! I was a little nervous in the opening minutes, but the experience was great fun and ended up being a really exciting show (of course, I am slightly biased…).

If you’d like to hear his story and insights into the photography business, visit http://takeandtalkpics.com/161-rob-krueger/.  Hope you enjoy!

A huge congratulations to Rob and Take & Talk Pics for all his success thus far. And cheers for more to come! Thanks for all you do for the photography community, Rob!

Looking for some great tips and inspiration for getting into–and surviving and enjoying!–the outdoor photography industry?  I recently had a blast serving as a featured guest on the very popular Take & Talk Pics podcast with Rob Krueger.

In this exciting one-hour episode titled “Go 4 It,” I share my story about how I got into this business and how I operate today in hopes of helping those who are either in the outdoor photography world professionally or are seriously considering it further their own interests.  However, even those who simply love and enjoy of photography as a hobby will hopefully also draw inspiration from our talk.

To listen to the podcast (free of charge), visit takeandtalkpics.com/go-for-it-colleen-miniuk-sperry or head over to iTunes to download via the direct link:  itunes.apple.com/us/podcast/take-talk-pics-rob-krueger/id982926616?mt=2 (podcast #129).  Some of the key topics we cover include:

Need more convincing?  Take & Talk Pics founder and interviewer, Rob Krueger, had this to say in his write-up about our discussion: “Now Photo World it has been months since I have had an episode go much further than my usual 30 minutes of amazing content but today is nearly twice that. After getting to know Colleen a bit I knew that she had a lot to share with you as you grow on your own journey’s. Also I can’t even remember the last time I wet [sic] over all of my questions for an interview. I am glad to say that today’s episode is saturated with value…”

So GO FOR IT!  Have a listen!  You can sleep when you’re dead!

(And if you like what you hear or have additional tips based on your experience, please feel free to leave a comment about it here on this blog post or on Rob’s at takeandtalkpics.com/go-for-it-colleen-miniuk-sperry) 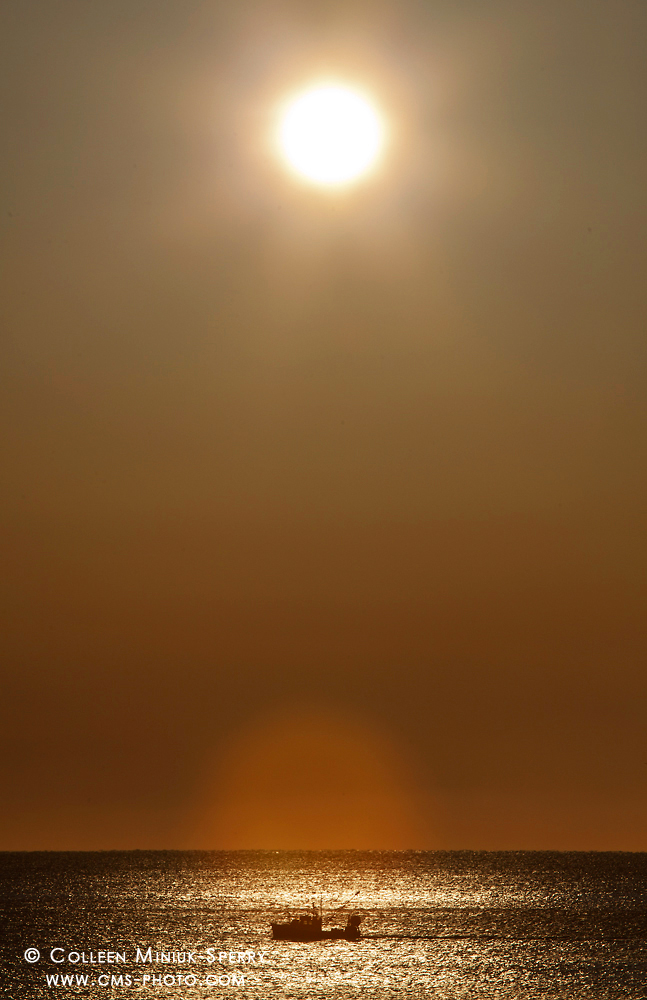 Are you ready to run away from your mundane 8-to-5 job and start sailing your own ship as a freelance photographer after reading our blog post at the end of February, “Independence Day…in February” and our April post advising “Don’t Jump Ship Yet!  Start Your Own Photography Circus Before You Leave Your Job!“?

Whether your glorious Independence Day has already arrived or you have circled the big day boldly on your calendar – in both cases, congratulations! – before you start to think, “Oh sh*t, what have I done?!” consider these points to ensure you enjoy much success in your new life as a freelancing photographer:

If you’ve started a new career or independent business, what tips and tricks have you utilized to stay afloat as you charter new territory?  Leave us your thoughts in the comments below!

And of course, no matter where you are in the transition, I wish you the very best of luck in your journey as a professional photographer!  Go forth and conquer! And keep us updated with your progress and learnings along the way!

<shameless plug>If you would like more hands-on guidance in planning your successful transition to a photography career, join me for the Arizona Highways Photography Workshop “There’s No Business Like the Photo Business” on June 22-23, 2013.  Visit the Arizona Highways Photography Workshops website at www.ahpw.org/workshops/2013/Phoenix-Arizona-No-Business-Like-Photo-Business-Workshop-2013-06-22 for more information and to register.

If you’re content with keeping photography as a hobby but would like more information on how to sell the photographs collecting dust on your hard drive, then  join me for the 1-day Arizona Highways Photography Workshop, “Selling Your Work Without Selling Your Soul” session on June 1, 2013.  For information and registration, visit www.ahpw.org/workshops/2013/Phoenix-Arizona-Selling-Your-Photography-2013-06-01. </shameless plug>

Are you ready to run away from your mundane 8-to-5 job and become the ringmaster in your very own sensational circus as a full- or part-time photographer after reading our blog post at the end of February, “Independence Day…in February?”

If so, before you trade in your badge for the life you have always wanted as a freelancer, here are suggested actions to take to begin as the CEO of “You, Incorporated” on the right foot:

Now are you ready to enter your very own big top?  In a future blog post, “Staying Afloat in Your Photography Career,” we’ll explore the best ways to not only stay on the tightrope, but to also how to give a spectacular performance in your new career.

<shameless plug>If you would like more hands-on guidance in planning your successful transition to a photography career, join me for the Arizona Highways Photography Workshop “There’s No Business Like the Photo Business” on June 22-23, 2013.  Visit the Arizona Highways Photography Workshops website at www.ahpw.org/workshops/2013/Phoenix-Arizona-No-Business-Like-Photo-Business-Workshop-2013-06-22 for more information and to register.

If you’re content with keeping photography as a hobby but would like more information on how to sell the photographs collecting dust on your hard drive, then  join me for the 1-day Arizona Highways Photography Workshop, “Selling Your Work Without Selling Your Soul” session.  Though the April 13th class is now full (waitlist available), a new session on June 1, 2013 has been added to the schedule!  For information and registration, visit www.ahpw.org/workshops/2013/Phoenix-Arizona-Selling-Your-Photography-2013-06-01. </shameless plug>

Whether photography-related or not, if you’ve made a transition from one job to another, what tips and tricks that helped you make a successful transition to a new career would you offer to someone who is considering a change?  For those of you who are considering a change, what’s your biggest fear or obstacle preventing you from making the leap?  Leave us your thoughts in the comments below! 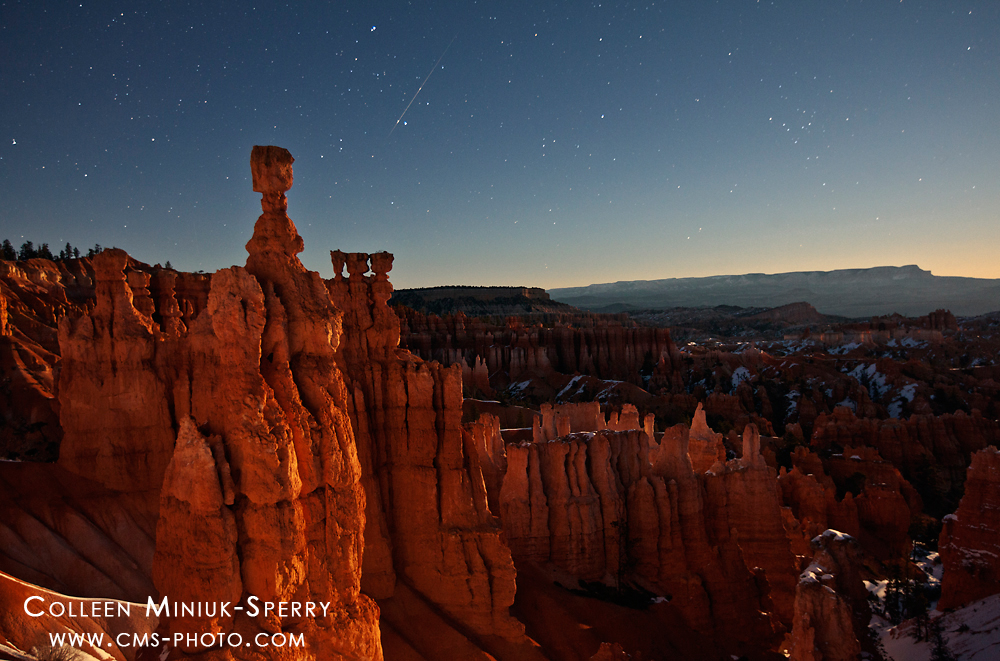